Posing with the beeswax

I was given the beeswax to soothe my inner skin from getting scratched by the metallic molar bands. It turns out, not only the molar bands but also the wires and/or the brackets can cause similar scratches on the inner surface. And it's very displeasing - imagine some barbed wire being stuck into your mouth.

Hence, after putting up the braces - I had to put on several small chunks of the beeswax across my jaw line to protect my inner skin from scratching against the metal. They were red in color. How would they look?
Disclaimer: If anyone is disgusted by these pictures, please press Ctrl+W (orCommand+W on Mac)

Trust me, the beeswax were SOOOOOOOOOOOOOO relieving to the the skin and the lips after having experienced those scratches by the metallic wired ends and the metallic molar bands.

The dentist said it's only a matter of a few days. After using the besswax for some time, the skin would hopefully adapt itself to be more tolerant to the metal parts that are causing the scratches and irritation. Then, i can hopefully stop wearing those beeswax.


Posted by Syed Rakib Al Hasan on 3:46 PM No comments:

Email ThisBlogThis!Share to TwitterShare to FacebookShare to Pinterest
Labels: beeswax, BEFORE AFTER

Got my braces - wired

Finally the braces have been put up on my lower jaw as part of my orthodontics treatment. We couldn't put the braces for the upper jaw as of yet since my baby tooth needs to be taken care of first on the upper jaw.


The brackets (or braces) were glued to the teeth first with a special kind of sticky solution. The wires were then pulled across the jaw over the brackets. Only the lower jaw has been done now. Upper jaw shall be done after the extraction of my milk tooth inshAllah.

Disclaimer: If anyone is disgusted by these pictures, please press Ctrl+W (or Command+W on Mac)


Posted by Syed Rakib Al Hasan on 6:25 PM No comments:

Something funny happened this time. Remember the beeswax i mentioned in one of my earlier posts? I was suggested to take it off before I eat anything. Otherwise, it is so soft that I might swallow that thing along with the food bites. And this is exactly what happened today. I swallowed the beeswax with my dinner without realizing that it was there.

I consulted my dentist over the phone. She said it's okay, it would get absorbed but to be careful next time. However, this article of New York Times Health Guide says:


Beeswax poisoning occurs when someone swallows beeswax.
Beeswax is considered nonpoisonous, but it may cause a blockage in the intestines if a large amount is swallowed.

Hoping for the best inshAllah.
Posted by Syed Rakib Al Hasan on 4:22 AM 2 comments:

Original discussion about this problem was going on in this apple.com page https://discussions.apple.com/message/18289705#18289705

The trackpad of a macbook is like the BRILLIANT piece of the macbook and it's no fun using a macbook without the multi-touch gestures of the trackpad. But that day, suddenly, the trackpad was showing issues:

Second down... One more to go.

So, the second tooth from my lower jaw that was required to be extracted for my orthodontics under progression has been completed. This tooth was positioned symmetrically opposite to the first extraction from the lower jaw that happened about a week earlier.

Now, this blog post won't be complete without some "cute" photo shoots after the extraction of my second tooth. So here goes: 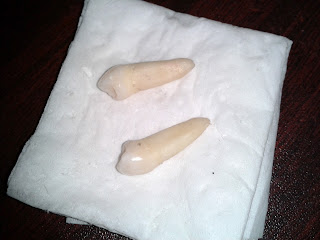 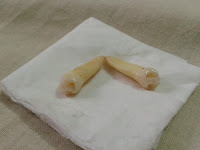 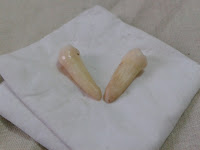 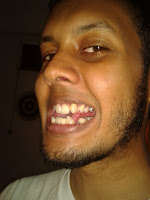 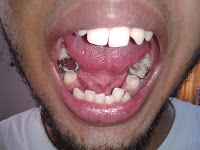 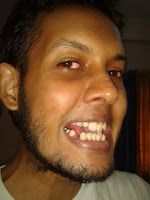 Disclaimer: If anyone is disgusted by these pictures, please press Ctrl+W (or Command+W on Mac)

To quicken up the healing process, like the previous time, I was suggested to:

Posted by Syed Rakib Al Hasan on 6:45 AM No comments:

Email ThisBlogThis!Share to TwitterShare to FacebookShare to Pinterest
Labels: extraction

Filling instead of scheduled extraction

So the first extraction in my orthodontic agenda took place about a week ago. I was scheduled to go through the second extraction this week. But my dentist denied the condition of my post-extraction effects.


As I was asked to quicken up the healing process after my first extraction, I was suggested to:

I was not doing the last one and my dentist said "No" to extracting anything this week after seeing the infection building up around the wound.

We rather went ahead with a pending filling that i needed on one of my tooth instead of the scheduled extraction.
Posted by Syed Rakib Al Hasan on 2:53 AM No comments: