Google Maps... why you on drugs?

So google maps is supposed to be great at giving you directions to your destination. Well it surely does a great job at that [apparently much better than the maps made by the half-eaten fruit company], but recently it really struggles in actually giving you the right directions.

For example: take a look at this screenshot which I captured while asking the G-boy for directions. 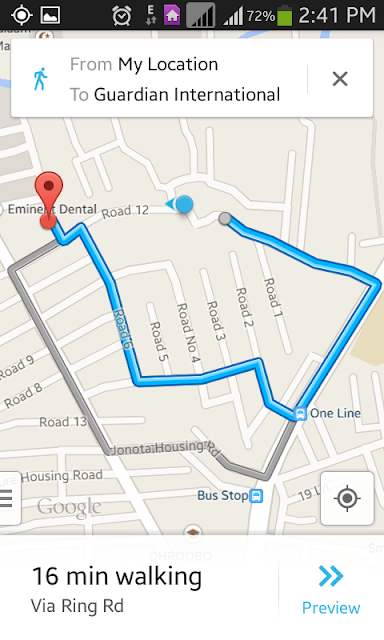 Point 1: i asked for WALKING directions, not even CAR directions.

Point 3: how could google show me SUCH a long 16 min route [the solid blue line] whereas i was ONLY about 40-60 seconds away from the destination by walk?

Point 4: in fact, the alternative route which google had calculated [the solid grey line] was an EVEN worse route for my given current location and destination

Conclusion: really hope that google doesn't become over-confident about their growth, so much so that it becomes heedless at delivering quality... [like some of the other companies that have risen and fallen in the past]

[UPDATE: Jon Evans on TechCrunch has recently published an appealing article titled "Dear Google, what's wrong with you?" You might wanna check that out too.]